After Welling's Henry Burnett scoring 2 goals (20' and 30') Dartford were still behind as the clock ticked down. With five additional minutes to play at the end of the ninety, the Darts were throwing caution to the wind and deep into stoppage time were rewarded for their efforts. Dan Roberts raced into the box after receiving the ball, Jackson rushed out and took out the Dartford striker. The referee, Mr Aji Ajibola, pointed to the spot, and Jake Robinson converted to pull his team level. With literally seconds to spare, Steve King sent on Jack Jebb for Che Krabbendam, before the lottery of a penalty shootout was upon us. Hyde, Roberts, Jebb, Greenidge, and Robinson all converted their spot-kicks, whilst Welling’s Captain Tom Derry saw his penalty saved by Reice Charles-Cook, as the visitors celebrated a 5-4 shootout success. 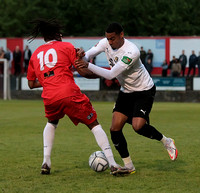 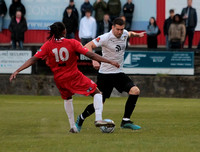 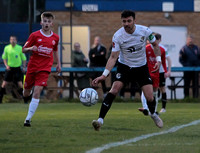