Created 11-May-18
177 photos
Tony Burman is to leave Dartford FC he has confirmed (10 May 2018). Tony has been at the helm as manager for the last 14 years, plus his previous spells between 1993-1996 and as caretaker in 2001. Both Paul Sawyer and Steve Mosely are stepping down too. Paul Sawyer, in addition to the 2 years as a player at Watling Street, has been with the club since 1994 as a player, coach and assistant manager. Steve Mosely as a player at Watling Street and as a coach since 2007.
In total Tony played in a total of 535 games for Dartford, scoring 159 goals. He has been involved as our manager in 880 games. A total of 1415 games – a remarkable record. Paul Sawyer played in 324 games, scoring 22 goals. As coach and assistant manager, he oversaw 935 games. In total 1259 games – again, an incredible career with the club. Steve Mosely played a total of 89 games at Watling Street, scoring 11 goals and has been involved as part of the management team for over 500 games since re-joining the club in 2007.
The legendary Princes Park boss, 59, has announced he is to step down from a role he has had since 2005. The club failed to win promotion back to the National League after falling short in the play-offs last weekend. Their dream died after a 1-0 home loss to Braintree after losing out on the title to Havant & Waterlooville in the final few minutes of the season. Burman believes it is right for the Darts to find someone new after three years back in the second tier. He also made over 500 appearances for the Kent club as a player.
“I feel the time is right for us as a management team, to step aside and allow fresh blood to come in and take forward this great club," he said.

The club released a statement thanking Burman for all he has done. "It is with a heavy heart, that we have to announce that Tony Burman, Paul Sawyer and Steve Mosely, are stepping down as our management team. Tony has been at the helm as manager for the last 14 years, plus his previous spells between 1993-1996 and as caretaker in 2001. We now start the process of looking for a new management team and will announce that in due course.
"In the meantime, I think you will agree, that we must all pass on our gratitude and immense thanks to Tony, in particular, but also Paul and Steve, for the their incredible part in this period of the club’s history."

Burman has given everything to Dartford. He is their record goalscorer, longest-serving manager and has overseen the huge growth of their youth system to the point where there is a clear player pathway from primary school age all the way into the first team. For example, Ebou Adams’ transfer to Norwich City, then a Premier League club, would not have happened without Burman’s foresight and passion for the development of young players.

He was, and still is, Mr Dartford. But all good things come to an end. And boy, were there some good moments along the way.
Burman led Darts to three promotions in five years as they climbed from Ryman League Division 1 North to the Conference Premier - and the ride didn’t stop there.
Dartford finished 2012/13 as the highest-ranked part-time team in England having taken the scalps of Newport, Hereford, Grimsby, Mansfield, Luton (twice), Macclesfield, Stockport and Forest Green. They also reached the semi-finals of the FA Trophy.

Burman took criticism personally and this season there was a constant underlying narrative of his frustration at the vibes coming from the terraces. His use of leading scorer Alfie Pavey caused pages and pages of forum debate, which eventually boiled over in the final game of the season.
Pavey, suffering with cramp, was substituted 10 minutes from the end of Dartford’s play-off semi-final against Braintree but the change prompted one supporter to scream abuse at Burman from just a few yards away.

“I’m proud of what I’ve done and proud of the guys who have worked with me,” said Burman when he reached 10 years in charge of Dartford in 2015. “When I do hand over, the club will be a better place for a new man to take over.”
Words mostly be Steve Tervet. 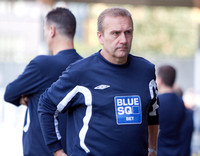 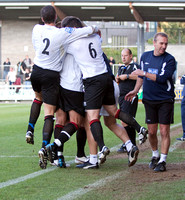 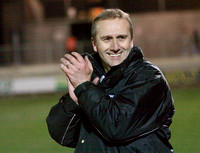 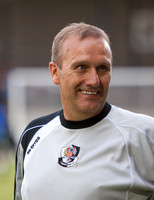 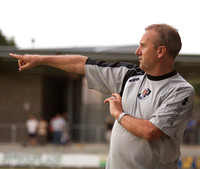 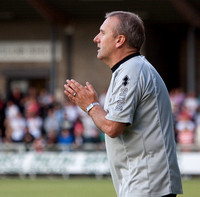 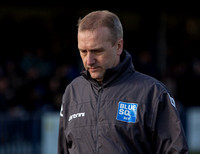 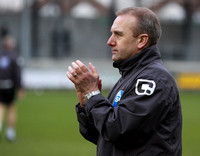 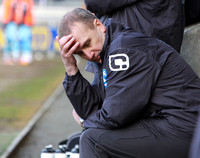