Welling Manager felt hard done by that a goal they thought they'd scored was flagged offside. Welling boss Steve King claimed Zac Newton's first-half goal should have stood. Newton's header was ruled out for offside but King disclosed that the assistant referee flagged didn't flag for the scorer. "We scored a perfectly good goal," claimed King. "Zac Newton scored but he (assistant referee) flagged too early. "I spoke to them (the officials) when they came off (at half-time), he flagged for Danny Mills and he was nowhere near it. "He’s a decent referee, it was a hard game for him but the linesmen were kids. I asked the assessor and he said they’re first years (at this level). "What are first years doing on a game of this magnitude? The referee has had to manage the game on his own which is hard. That’s a competitive game so they’ve made a wrong decision which has cost us. "When you’re young and enthusiastic, you’re trigger-happy. You don’t see the passage of play out. "The referee was having to do the two linesmen’s job which is not fair on him and it’s cost us. "But we’ve had enough chances to win that game in my opinion. We got in great areas but shot over the bar many a time." Welling have now lost seven times in National League South but King is confident his team can bounce back from their latest setback. Won't be the last time a team felt cheated out of a result by the officials.

The home crowd had been kept relatively quiet for most of the match but laughter reverberated around Princes Park when Jamie Philpot bundled over referee Whitton to the floor. 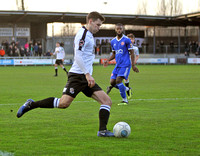 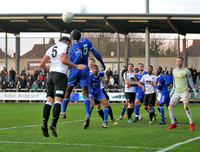 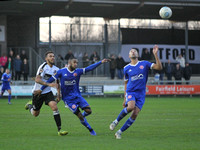