Welcome new signing Matthew Briggs. The 29 year old defender joins us as left back having spent the first half of the season in Denmark at HB Koge. He is a current Guyana international. He began his career from age 10 at Fulham's academy and made his first team appearance at just under 17. He has played at Millwall, Colchester and Chesterfield.

Corona virus update: Following a Board meeting held today, the National League has decided to allow matches in its three divisions to proceed as planned this weekend. The National League will keep the operation of its competition under constant and diligent review, and will remain in compliance with government advice at all times. The Football Association has offered its guidance, and made it clear the decision to continue or to suspend a competition is a matter for each league to make. It should be noted that all other leagues decided to suspend matches from today. As the virus is not expected to peak in the UK until May or June and its spread is therefore projected to be still rising by the first weekend in April, a senior figure in the EFL said it is clear it will be impossible for matches to start then. Football, like governments, industries and the rest of societies around the world, is only beginning to contemplate the consequences of the infection, and the damage it is set to cause, before it has run its course.

Only disappointment to the match was one of the so called ‘ultras’ lobbing a drinks bottle at the Chelmsford keeper late in the second half. Shameful. 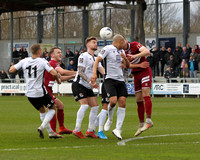 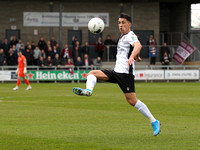