Improving the attacking options has been a priority and the Dartford management duo took some steps in addressing the lack of firepower. Charlie Sheringham started his third spell with the Darts making his debut at St Albans last Saturday. He was with Hemel Hempstead Town last term and spent some time in Bangladesh. The 30 year-old made 61 starting appearances and scored 41 times during his previous two spells with the Darts.

Also making his debut at Princes Park was Cambridge United winger Tom Knowles who signed a one month loan deal with Dartford. Dartford FC also confirmed the signing of Amadou Ba. The 20 year old striker joins on an initial one month loan from Southend United. Jamie Philpot, who came off injured in the East Thurrock United win didn’t take part in the defeat at St Albans City and Callum Driver was also missing from the squad.

Former Dartford favourite Dave Martin may have scored the match winner in their last game against Weston-super-Mare, but a fourth clean sheet in eight shows how tough it’s been to breach the Sports defence, which includes former Darts, Marvin Hamilton and Tom Gardiner. Martin earned a move to Crystal Palace after impressing at Princes Park, where he scored 16 goals, some of them memorable in 71 starting appearances. The winger enjoyed spells at Millwall and Southend United before returning to non-league, which included a loan spell back at the Darts in 2013 where he made a further 11 appearances. Gardiner joined the Sports from St Albans City and whilst the defender was at Dartford he played 75 times. Marvin Hamilton spell at the Darts was very brief, the 29 year-old made just one substitute appearance.


Charlie Sheringham scored from a penalty and Elliot Bradbrook equalised on 90+4. Two new loan players, Tom Knowles and Amadou Ba were in the starting line up. Charlie Sheringham sent off with a second yellow card for an aerial clatter with Eastbourne defender Harry Ransom, who needed 5 stitches from the resulting facial injuries. Controversy ensues. 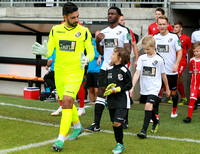 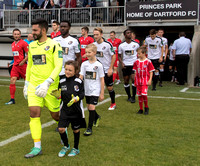 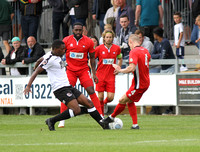 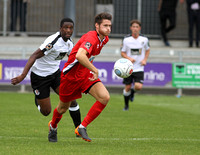 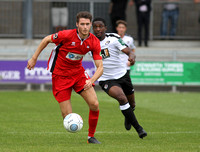