Created 8-May-18
119 photos
Playoff Match at Princes Park on 6 May 2017. A must-win match as Dartford narrowly lost top slot to Havant and Waterlooville to finish second in the table.

Dartford’s hopes of a return to the National League were left in tatters.
Having missed out on the league title on goal-difference, Darts were given a second chance with a home play-off against Braintree Town.
But they blew it at Princes Park as Billy Crook's goal consigned them to a fourth consecutive season in the South division.

Dartford boss Tony Burman made three changes to team which started at Bognor on the final day of the regular season. Duane Ofori-Acheampong was preferred to Andy Pugh in attack while Nathan Collier and Alex Brown returned at right-back and central midfield respectively. Danny Harris and Ryan Hayes dropped to the bench.
Ofori-Acheampong's inclusion was clearly a ploy to match up Braintree's big backline as he took the central striker role between Alfie Pavey and Danny Mills. 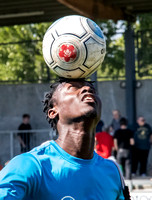 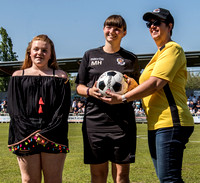 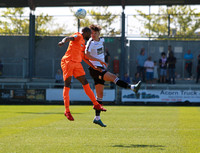 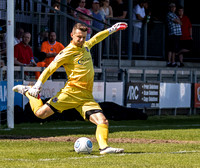 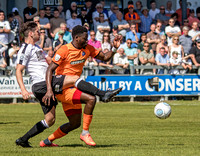