Dartford’s excellent unbeaten run at Bericote Powerhouse Princes Park came to an end, as rivals Maidstone United took the spoils in a tight, but entertaining game.
The stadium rocked from the sounds of 2,715 supporters in full voice, but when the referee (Mr Dale Wootton) blew his whistle to signify a minute’s applause for the recent passing of both Sharon Thomas and Leyla Latif that request was observed before the bumper Bank Holiday crowd were in full-voice once again.

After the first ten minutes referee Mr Wootton also had a busy few minutes. First he’d book Jerome Binnom-Williams for a pointless, yet blatant obstructive foul on Kalvin Kalala (13), before booking Tom Bonner for a foul three minutes later. Sadly, the latter foul would prove costly for the Darts. Regan Booty took the free-kick, which was somehow flicked on by Michael Phillips inside the danger area, and Jack Barham was on hand to nod the ball into the back of the net (17). The goal seemed to calm the visitors a little, as they looked more comfortable than the hosts. However, after a further ten minutes Steve King’s side should have levelled the score. A delightful ball over-the-top dropped perfectly for Marcus Dinanga, who was away. One-on-one with Hadler, the striker went for the low strike rather than a chip, but the goalkeeper read the situation well to make the save.

The Darts continued with their attacking football, and came close again in the 29th minute. This time, Kalala passed a great ball towards Samir Carruthers, who drove into the Maidstone box. His strike, however, smacked back off of Hadler’s upright before Carruthers couldn’t quite convert the rebound. At the other end, a Maidstone attack saw Mr Wootton award them with a penalty. Barham took it, only to see Dan Wilks make a fabulous save to keep his team in the game (34). Jack Jebb then forced Hadler to punch the ball behind with a cross that went dangerously close to going in (42), before Michael Phillips was next to go into the referee’s book before the break.

Apart from that first-half goal, Dan Wilks was a solid presence between the Dartford sticks, and he was determined to not be beaten again. It would prove to be a performance that would earn him the Man of The Match award. In fact, the only time he was beaten was in the 61st minute. Joe Ellul beat the goalkeeper with a marvellous strike which crashed back off the crossbar, and Barham’s follow-up header did exactly the same thing! As the visitors defended strongly, Dartford just couldn’t find that final killer ball. Jake Robinson (57), Luke Allen (62), Marcus Dinanga (65), and Samir Carruthers (67) all went close but were unfortunate not to find the target. Darts Manager Steve King brought on reinforcements in the forms of Ade Azeez (on for Jake Robinson, 66), Ody Alfa (on for Kalvin Kalala, 69), and Kristian Campbell (on for Samir Carruthers, 80). The changes almost paid off in stoppage time, when Campbell found Alfa with a delicious cross, only to see the latter’s header go over the top of Hadler’s crossbar. 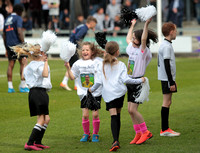 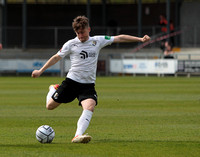 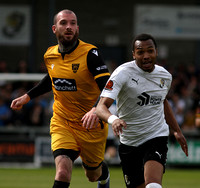 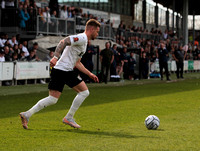 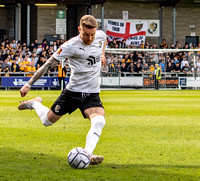 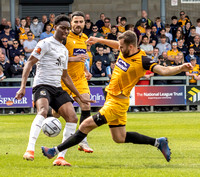