A rain-soaked afternoon at Priory Lane Stadium on a 3G pitch. A game with so many flagged "off sides" I lost count. And an electronic score board that for some strange reason showed completely different numbers in the photos than in reality. The Sports scored first, and Dartford as the game drew to a conclusion - drew, draw, geddit?

As we were heading towards Eastbourne down the A22, our big white double-decker coach passed a bus stop and a lady stuck her hand out to hail us, only to look distinctly peeved that we did not stop. Umm. Buses round there are BLUE, and with a wry smile, I joked with the coach driver that perhaps we could have offered her a lift to the football match. Or maybe not! 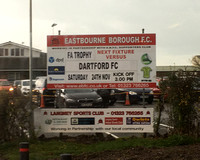 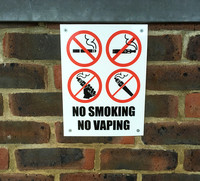 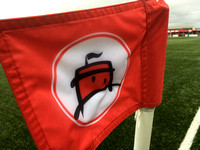 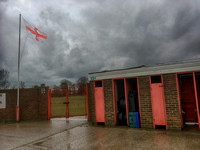 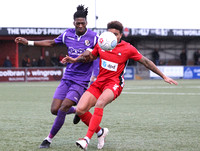