Princes Park welcomed back three former players Connor Essam, Tyrone Sterling and Alex Wall who were all in Dartford’s 2013/2014 squad. Essam captains the Tudors and has scored once this term, the defender had two loan spells with the Darts making a total of 14 appearances, eight of which was in his first spell when Dartford won promotion to the National League. Sterling had a single season with the Darts and made 36 appearances whilst on loan from Dover Athletic, the defender was signed by Hemel Hempstead Town from Concord Rangers. Wall has been out injured of late and also joined the Tudors in the summer from Concord Rangers. Just over a year ago he had signed for the Darts but left before the campaign began, the striker scored six times in 11 appearance during his loan spell five years ago. Alfie Pavey watched from the terraces, cheering the Darts on.

The Darts picked up four points from six over the Bank Holiday weekend beating Braintree Town 2-1 in the last match at Princes Park. Despite falling behind the Darts equalised through Luke Allen three minutes before the break. In the second half, the Iron were reduced to ten men before substitute Norma Wabo scored a late winner. On Monday, a late goal denied Dartford maximum Bank Holiday points in the 2-2 draw at Hungerford Town. 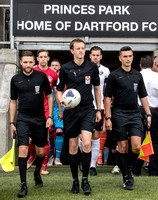 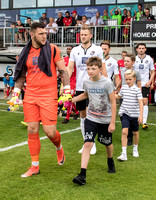 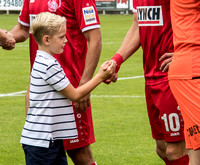 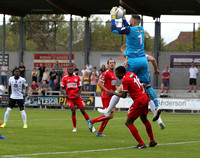 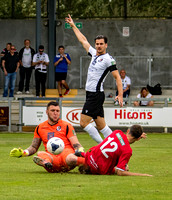 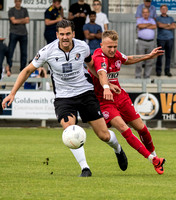 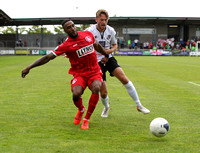