Created 27-Nov-19
45 photos
26 November 2019. Maidstone win 0:1 in the F.A. Trophy. Iffy Allen scored the winner as Maidstone finally held on to a lead against Dartford to reach the FA Trophy first round.


Dartford were on top when United took the lead against the run of play in the 59th minute. Khan picked up a loose ball in his own half and travelled a good 40 yards before feeding Allen who finished off the inside of the far post from around the edge of the area. Darren McQueen fired wide from Andy Pugh’s through ball as Darts, having fought back in both the league game and the first Trophy tie, looked to do so again.
They had plenty of the ball as the minutes ticked away, and a couple of near-misses from goalmouth scrambles, followed by a brave save from Jake Cole at the feet of Luke Allen. 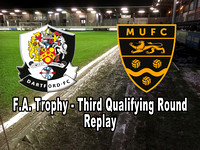 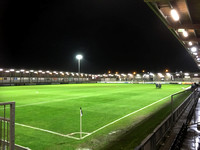 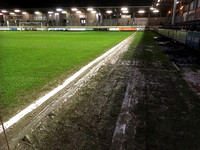 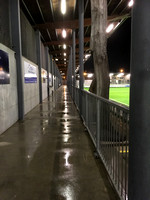 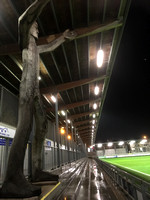