Manager Steve King has his "Deadly Duo" of Elliot Romain and Darren McQueen, backed up by a team of great players today.
New Signing Amrit Bansal-McNulty (a 19 year old midfielder joining us from QPR for an initial months loan.) Played today, made a great impact.

New signing: Giovanni McGregor. A highly rated 21 year old attacking midfielder joins us from Crystal Palace on loan until the end of the season. He will be available for the next game.

The strong, blustery wind made the game interesting to say the least. Not to mention the slope on the pitch, playing downhill with the wind, uphill against the wind! This is the first time I have travelled to Hardenhuish Park for a match at Chippenham. Quite a compact ground with a significant slope. I am always amused by the price of a tea bag and boiled water at grounds. Chippenham is no different. £1.20 for a tea, £1.70 for a large tea - really? 50P extra for a cup of boiled water and no extra teabag? I brought my own insulated mug and when I asked if I got a discount for bringing my own, I was offered 20p off the price.

A great first half for Dartford sees us go in at the half-time break 5-1 up! Goals from McQueen (2x Pens), Nash, Bansal-McNulty and an Own Goal.

Plenty of attacking play from Dartford. Newcomer Armit earned a second yellow card and was sent of on 60'. I think that decision was what provoked manager Steve King. David Pratt for Chippenham almost made is 2:5 but his goal on 66' was disallowed as offside.

Dartford's manager Steve King was sent to the stands by Referee Paul Johnson, and a short while later Chippenham's manager Mike Cook received the same fate and was sent on the walk of shame across the pitch. 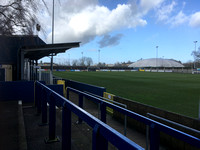 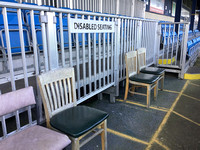 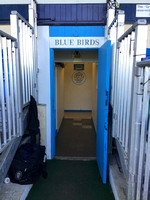 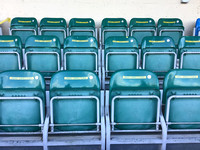 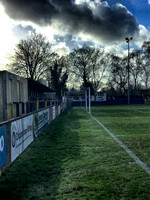 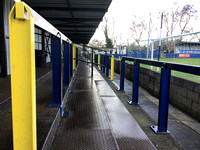 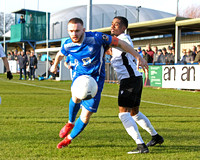 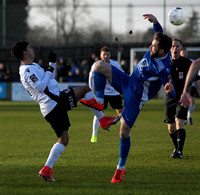