We survived our “friendly” pre season encounter with Millwall last night. I was puzzled that I thought I’d been caught napping just before KO when the Millwall players jogged out onto the pitch and started a kick about warm up. Huh? Where was the referee, where the hosts? So when the ref and his assistants emerged, the ref was less than impressed, and spoke to Millwall coach and indicated they needed to come back to the tunnel. The expression on the coach’s face was rather like rude disdain, but he blew his whistle and called the players back. So once in the tunnel with the Dartford boys, and the match officials, everyone emerged together with all the kiddie mascots (on both sides). Do Millwall make a conscious effort to be so rude, or does it just come naturally?


Dan Roberts was making a menace of himself, as his pace tested Danny McNamara and Besat Topalloj regularly. Unfortunately, the Dartford striker had to leave the field early after the break with what looked like concussion after a heavy challenge. Cameron Brodie replaced him in what was the hosts’ second substitution of the game. The first came at the start of the second forty-five, when Maxwell Statham came on for Jordan Wynter.

This was a strong performance from Dartford against another difficult opponent. And, with a little more assertiveness and accuracy in the final third, we may have seen a different result. Regardless of the score though, this was another solid workout in preparation for the season ahead. 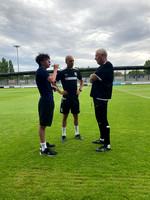 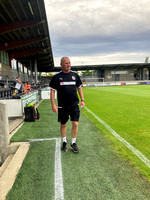 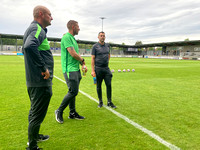 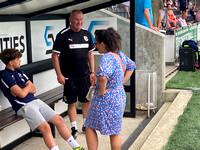 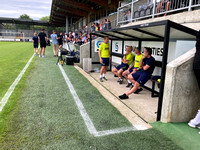 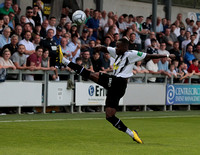