Having been knocked out of the F.A Cup a fortnight ago, the Darts managed to fill the fixture void by bringing the game against Dulwich Hamlet forward. Just over eleven and half years ago current joint manager Jamie Coyle was lining up against Dartford for Dulwich Hamlet, and now he led his side out against the South Londoners this weekend. In the last meeting between the two clubs Coyle had an impact when his assist helped Hamlet go home with a point. The Isthmian Division One South fixture in March 2007 yielded just a goal apiece, although the attacking prowess of the two teams that season led to an entertaining clash.

Loanee Amadou Ba has returned to his parent club Southend United, and Daniel Johnson has just joined as a defender. Deren Ibrahim, who made headlines after scoring in the last away match at Chippenham, announced he was leaving the Darts. If scoring from inside your own half once is rare then the chances of it happening again are slim. Goalkeeper Deren Ibrahim stepped up to take a free-kick, well inside his own half, he probably didn’t expect to record his second career goal. His long-range effort in the second-half turned out to be the winner, after Jamie Philpot’s goal was cancelled out by the hosts equaliser just before half-time. That overshadowed Dulwich Hamlet's Preston Edwards claim to fame. In a friendly with Crystal Palace, Edwards had the distraction of keeping goal whilst an announcement went out informing him that his car was being towed away. There was a last minute tweet from Deren Ibrahim that this was to be his last match as Dartford goalkeeper as he has accepted a coaching role at Charlton Athletic. An emotional day.

Hamlet have won their third league game in a row, their fifth win in six games in all competitions. However, that came to an end at Princes Park. 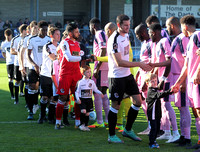 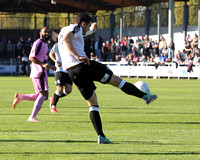 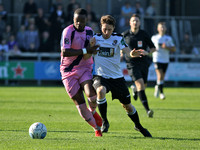 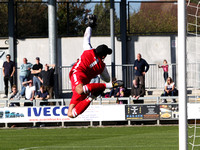 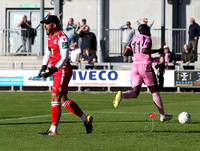 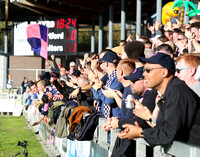