Dartford made one change from the team beaten 1-0 at Slough last weekend. Craig Braham-Barrett came in at left-back, with Nick Arnold dropping out and Sanchez Ming reverting to his more accustomed right-back slot. It was an end-to-end start with chances for both sides. An outstretched Dulwich leg denied Josh Hill a second-minute lead for the hosts before Darts keeper produced a fine save to keep out Nyren Clunis’ far-post effort at the other end.

The breakthrough for Dartford came on 23 minutes when Elliot Romain’s flick-on found Darren McQueen, who beat the offside trap and then emphatically finished beyond Grainger for his 14th of the campaign. Dulwich captain David Ijaha escaped with a yellow card for a late foul on Braham-Barrett just before the half-hour from referee Andrew Humphries. Darts felt it could have easily been red, and there was no love lost between the two players who were team-mates at Welling last season. 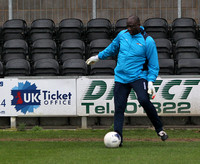 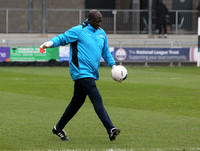 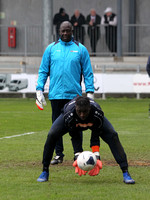 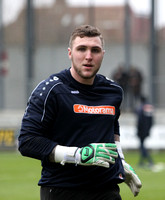