Anthony Storey’s side went into the game on an impressive 12 match unbeaten run and having beaten Glebe (1-0), Broadfields United (4-1) and AFC Croydon Athletic (1-0) in The FA Cup this season, which has banked the club £11,140 in prize money from The Football Association. The Uckers were in seventh-place in the Southern Combination League Premier Division table with 11 points from six games but Dartford in sixteenth-place in the Vanarama National League South table with 12 points from five league games were given a mighty scare from Storey’s men. A record crowd of an estimated 500 were at The Oaks to see a typical FA Cup tie. Fans crowded underneath two covered stands, the rest huddled under umbrellas along the touchline and on grass banks behind one goal of the small three-sided ground. Jamie Coyle said “I think it’s one of the smallest pitches I’ve ever seen, against a team that are on a brilliant run of form. Confidence is high, haven’t lost for 12 games and you could see the togetherness out there."


The hosts took the lead three minutes before half-time. A free-kick was headed back across goal by Matthew Maclean and Callum Smith showed great composure and footwork to score from close range.

Dartford showed their intentions at the start of the second half, the ineffective Delano Sam-Yorke - without a goal since the first day of the season - was replaced by Jamie Philpot as the visitors switched to a 4-4-2 formation. That, together with their predicament, meant an improved display. Greenhalgh was at the heart of most good things, but both Sheringham and Elliot Bradbrook were unable to convert his crosses. AFC Uckfield were restricted to a couple of corners and they needed a brilliant block on the line by Steve Hickman to deny Greenhalgh midway through the half. It was Greenhalgh who provided Dartford's brightest spark, and he went close again with 15 minutes left when he fired against the angle of post and crossbar from 20 yards. The equaliser finally arrived with just nine minutes left when a free-kick was cleared as far as Tom Murphy, the substitute producing a fantastic 20-yard curler into the far corner. It was a goal that deflated Uckfield and Dartford, with their superior fitness, were camped in the hosts' half. The pressure told with four minutes left when Sheringham produced a smart turn inside the box and his low left-foot finish nestled in the bottom corner.
A third goal arrived in the first minute of stoppage time - of which there was plenty due to time-wasting - as Murphy headed down Greenhalgh's cross and Bradbrook turned the ball home. It looked a decent scoreline in the end but this was anything but comfortable for the Darts.

Dartford joint-boss Adam Flanagan felt his team’s fitness levels showed in the FA Cup on Saturday. The Darts struggled for long periods against AFC Uckfield, a team that play three levels below them in the non-league pyramid. It needed three goals in the last nine minutes to put Dartford into Monday's third qualifying round draw, and bank the £9,000 prize money. Dartford’s players were warned at half-time not to become the talk of the second qualifying round – and they showed great character and desire late on to avoid what would have been an embarrassing exit. “We said to the players at half-time that potentially this is a result people will talk about if we don’t turn it around,” added Flanagan. “We asked for character and a big second half performance - and I think we got that. “If I’m being honest I’m not sure the formation worked with how we set up. I’m not sure the people that were on the pitch were the best for that formation but they did well and made things difficult. “It was windy, wet and cold, a horrible day, and they were picking up a lot of free-kicks and we weren’t able to get on the ball at all. We gave their back four a really easy time in the first half.”

On gamesmanship and time wasting by the Uckers, “You look at it in the first half every goal-kick and every throw-on took two or three minutes and the referee didn’t get hold of it. We were constantly asking the referee to speak to them and get it going, he didn’t! He didn’t take control of the game and they capitalised on it and they slowed everything down but that’s what you’re expecting when you’re coming to a team that are three divisions below. They are going to manage the game and slow it down, especially when they took the lead in the first half.” In the second half, Uckers player warming up was heard to call to their goalkeeper "to go to the floor on every catch" - obviously another delay tactic. Either he didn't hear or understand because that wasn't exactly what happened. 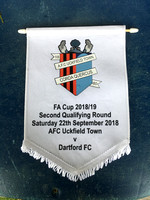 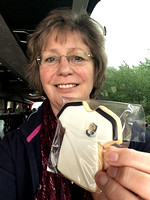 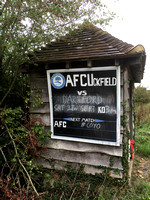 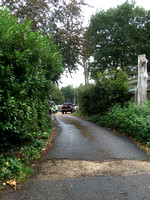 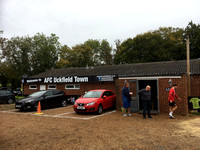 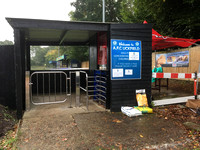 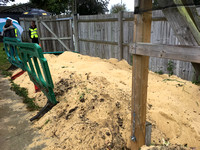 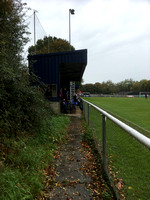 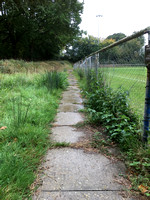 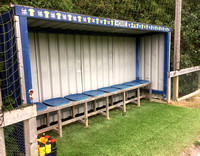 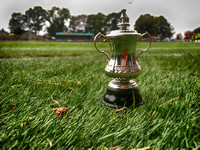