Created 20-Dec-20
41 photos
19 December 2020. Dartford host Haringey Borough in the 3rd Round of the Buildbase FA Trophy. After a 0:0 stalemate that looked to be headed for yet another penalty shootout, Haringey stole a last minute goal to take the win.
Dartford have completed the signing of winger Nassim L’Ghoul ahead of their FA Trophy clash with Haringey this afternoon. Frenchman Nassim L’Ghoul featured five times for Bromley earlier this season, scoring one goal, but is reunited with Darts boss Steve King, who he played for at Welling.

Dartford had never met Haringey Borough who are mid-table in the league below. Borough have already negotiated three rounds shocking Eastbourne Round on the weekend. Goals from Rakim Richards and a brace from Roman Michael-Percil saw the Tottenham based club ease into a three goal lead, Greg Luer grabbed a consolation for the Sports. The previous two rounds ended with Haringey Borough winning 2-1. Borough faced Kent side Faversham Town in the third qualifying round and Bishop’s Stortford in round one. Looking to recreate their F.A Cup run of two years ago, when they reached the first round from starting in the preliminary stages, Borough have made it to the third round of the F.A trophy for the first time. Guided by manager Tom Loizou, Haringey Borough are eleventh with four wins and four defeats in the Isthmian Premier this season. Aside from their two recent F.A Trophy games they haven’t played any other competitive match since the 4th November, a 3-1 defeat to Kingstonian. 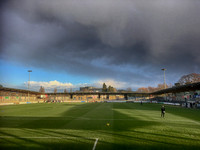 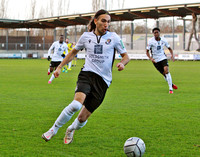 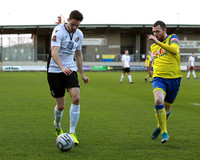 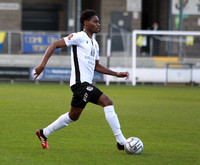 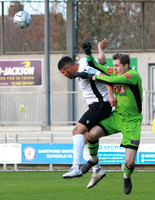