Four months on from defeat at Bulpit Lane, the Darts hoped to avoid a second defeat against the Crusaders this season. Back in August, Dartford lost 1-0 to the Berkshire club when Conor Lynch scored the winner just before the hour. Only three of the current regulars were in the line-up that day, Tom Bonner, Ronnie Vint and Mark Onyemah. The single goal victory for Hungerford Town was their second in a row against the Darts having won by the same score just over a year ago. Adam Flanagan and Jamie Coyle will be hoped to notch Dartford’s second ever win against the Crusaders. The corresponding fixture last season came on the opening day with the match ending up goalless. In the campaign before, the match at Princes Park made headlines when goalkeeper Deren Ibrahim scored from a free-kick inside his own half. The Darts claimed their only victory over the Berkshire club when Alex Brown extended the lead with his first for the club.

The result puts Dartford just one point behind Welling for the upcoming Christmas derby fixtures. 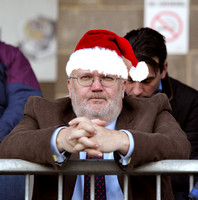 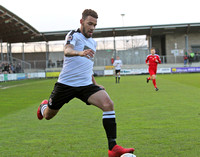 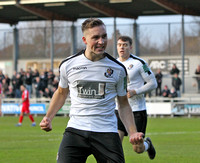 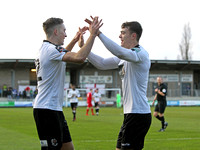