Managers Adam Flanagan and Jamie Coyle were awarded "Manager of the Month" by the league and presented with the award. Since they knew of this at the Dulwich Hamlet game, this counted as the "kiss of death" game (which we lost) and did not affect the result today!

Ryan Hayes crossed long and Phil Roberts set himself and unleashed an absolute belter on the volley for the top class first goal of the match.


Referee spotted a handball in the penalty box, awarded a penalty to the Darts, which Charlie Sheringham stepped up to take. Despite goalkeeper Henry guessing the right way, the ball still hit the back of the net. 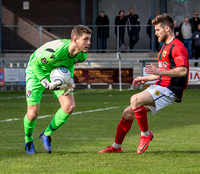 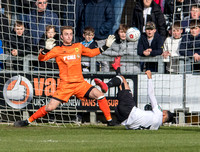 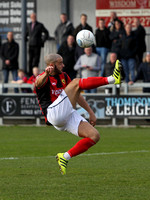 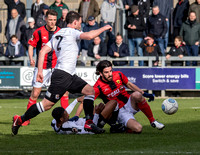 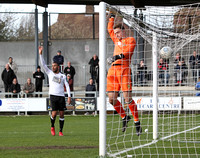 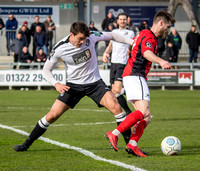