A superb second-half display ensured that Dartford recorded a fourth league win in a row, as their superior quality proved too much for Cheshunt to deal with. The Ambers created the first half-chance early on when Rowan Liburd fired well wide of Dan Wilks’ goal, before the Dartford goalkeeper dealt with a free-kick with ease after Kristian Campbell had fouled Cheshunt skipper Joe Re in the 10th minute.
As the rain lashed down, both sets of players couldn’t keep the ball down, preferring to play it high instead… particularly the hosts, who tried to play their long-ball tactics with the hope of catching out the Dartford defence. However, Tom Bonner and Co were in fine form this afternoon.

Just as it looked as if the Ambers were finding their feet, the Darts won their first corner of the game after terrific work from Kristian Campbell. Luke Coulson sent a dangerous ball into the box and Rowan Liburd headed it beyond his own goalkeeper by mistake.

The second-half started in much the same manner, until the visitors began to assert their superior quality. And, shortly afterwards, Alan Dowson’s side hit the Ambers with a quick-fire double.
After Dan Wilks had collected the ball, he launched a long pass towards Luke Coulson who, despite the attempts to thwart him, still managed to race forward before being able to send the ball beyond Adam Desbois to double the Darts’ lead (51). The visitors were then awarded a free-kick by referee Mr Steven Hughes seconds later, which Coulson sent straight into Cheshunt’s danger area… where it was met by the towering header of Dartford skipper Tom Bonner… which he duly sent into the back of the net (52).

Malachi Napa was brought down inside the Cheshunt box as he raced towards goal with the ball, only to see Mr Hughes wave away the penalty appeals (66). The young midfielder was putting in another good performance for the Darts and has also extended his loan period for another month. On the other side of the pitch, teammate Luke Coulson was in fine form once again. And, having already scored one and assisted with two, came close to adding a second goal of his own in the 69th minute. It was a good drive by one of the best players this afternoon, but Desbois was equal to it on this occasion to keep the score at 3-0. The hosts continued to try though, and were able to net a consolation goal in the 84th minute. Substitute Brandon Njoku was the goal scorer, despite the best efforts of Maxwell Statham to stop him. 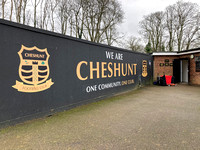 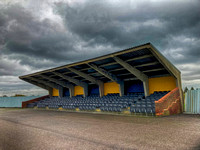 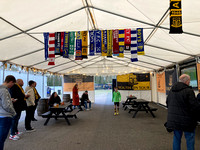 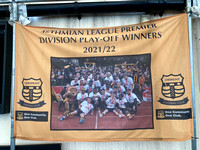 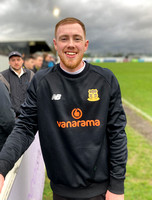 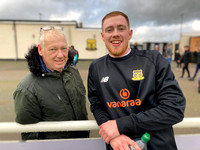 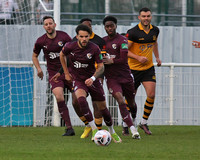 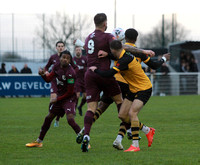