Kieran Murtagh bagged a brace and an assist in a Man of The Match performance, as Dartford returned to winning ways in front of 1,012 supporters at Bericote Powerhouse Princes Park. Before Kick Off on a chilly and windy Spring afternoon, long-serving Captain, Tom Bonner, was presented with an award from Co-Chairman Steve Irving for having reached 400 starts for the club in the previous game. The ever-reliable Skipper received a well-deserved standing ovation before taking his place in the Dartford backline in his 401st start. What an incredible achievement indeed.

A corner kick on 44' was whipped in by Jebb, and up leapt Kieran Murtagh to guide the ball into the back of the net with a minute of the half remaining.

The goal had a positive impact on Steve King’s side, as they started the second-half buzzing. Marcus Dinanga and Kalvin Kalala combined well, which led to the latter delivering yet another teasing cross into the Saints’ box. On this occasion, though, Joy Mukena was on hand to slide the danger clear (47). Once again, however, the visitors had to face a Dartford corner. And, once again, the ball found Murtagh buy he couldn’t find the target (48). Just as the hosts were beginning to look comfortable, St Albans managed to pull themselves level. As David Noble, Kyran Wiltshire, and Zane Banton combined together with some decent passes, the latter found space before crossing into the Dartford danger area. Shaun Jeffers rushed into the box and met the ball with a header, which had the beating of Reice Charles-Cook (54). Referee, Mr Ben Atkinson, then issued Kieran Murtagh with the first yellow card of the afternoon for a foul on Shaun Jeffers (56). Ade Azeez was the next player to go into Mr Atkinson’s book five minutes later for another late challenge. The yellow cards continued coming, as Kyran Wiltshire was booked for a foul approximately 18 yards outside his team’s penalty area. Jack Jebb sent the free-kick into the box, which the Saints failed to clear. The ball eventually fell to Kieran Murtagh, who poked the ball across the goal and into the far post (65). Having not scored all season, the Dartford number eight had doubled his tally in what was proving to be an impressive performance.

Dartford were ready to capitalise on a
mistake in the middle of the park by Noble and Greenidge won the ball, passed to Murtagh, who then found Marcus Dinanga with a great ball. Dinanga was through and composed himself before sending the ball beyond the hapless Johnson to net his ninth goal (77') of the season with just eleven minutes remaining. The visitors tried to claw their way back into the game, as Sole forced a fine save out of Reice Charles-Cook (89), before Jeffers missed the target from close range in stoppage time. However, Tom Bonner and team weren’t going to be denied the victory. The result sees Dartford remain in fourth place in the National League South table, as they chase down Ebbsfleet United for third, whilst beginning to pull clear of Oxford City in fifth. 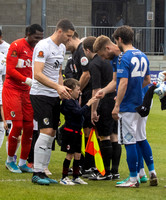 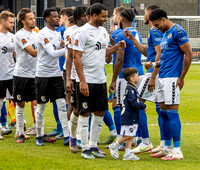 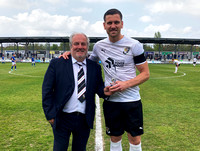 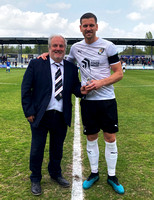 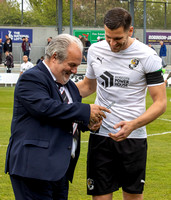 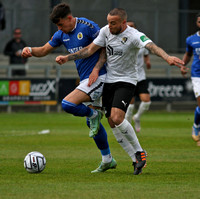 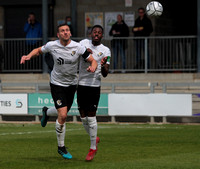 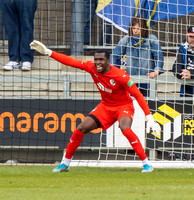 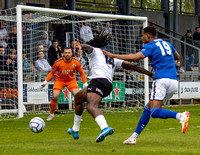 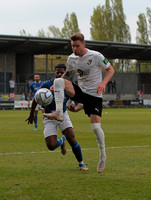 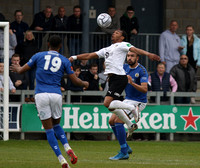