Despite being relatively secondary to their opponents during the opening exchanges, the Darts found themselves ahead after just five minutes. The excellent Kristian Campbell won a free-kick after being fouled by Dion Kelly-Evans, and Samir Carruthers stepped up to send the ball into the visitors’ penalty area. The ball caused mayhem and eventually fell to Maxwell Statham, who simply couldn’t miss. Boreham Wood tried to respond, but both Lee Ndlovu (10) and Will Evans (15) failed to test Dan Wilks in the Dartford goal. Yet, just when they thought they were getting a firm grip on proceedings, their hosts found another opening to double their lead. A swift attack in the eighteenth minute resulted with Charlie Sheringham’s excellent effort being deflected behind for a corner. Campbell’s set-piece caused mayhem inside the Boreham Wood box, eventually falling to the Trialist #16. He was calm and composed to drill home from just outside the area, after seeing his initial effort blocked (19).

With it being another hot summer’s day, drink breaks were once again essential. And after 22 minutes, Mr Ben Bowles called a break for the players to take on some fluids. As play continued, the hosts looked to be in control of matters, despite Boreham Wood seeing a lot more of the ball. Unfortunately, an element of misfortune took place with ten minutes of the half remaining, and the visitors pulled themselves back into the game. The attack came on the Dartford left-flank via George Williams. Getting the better of Sam Oduado, the Boreham player then sent in a fierce cross, which ricocheted off of Connor Essam, leaving Dan Wilks with no chance.
Dan Wilks was then called into action a minute after the restart, as he saved well from a Danny Elliott low drive. Williams would then fail to test Wilks with two good opportunities (48 and 64), while Ndlovu missed a golden opportunity after 56 minutes. Boreham's persistence eventually paid off and the visitors had their equaliser in the 73rd minute. The goal came from a corner, which the Darts failed to clear. Jamal Fyfield managed to head the ball back across the box, where it found Femi Ilesammi. He had just enough time to control it before firing low to beat Dan Wilks.

As is the norm during such games, a number of substitutions were made by Alan Dowson. These included: Marvin Herschel on for Sam Oduado, Davide Rodari on for Trialist #16, before Luke Allen, Dan Roberts, and Trialist (GK) all replaced Luke Coulson, Samir Carruthers, and Dan Wilks respectively. Then Kieran Murtagh left the field to be replaced by Ali Mansaray.

As we returned to the action on the pitch, there were opportunities for both sides to steal the victory during the closing stages. Herschel couldn’t quite find the target from close range after a superb Dartford attack (83), before the Trialist goalkeeper stepped up to make a fine double save from Josh Rees and Tyrone Marsh strikes in quick succession (87). Result aside, this was another game that served its purpose, as the Darts got another good workout under their belts in preparation for the season ahead. 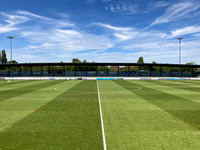 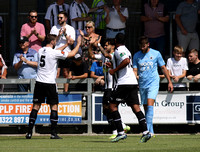 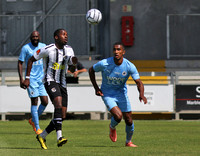 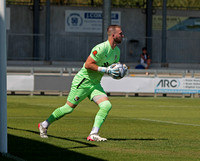 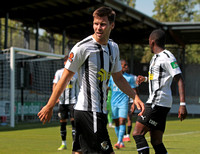 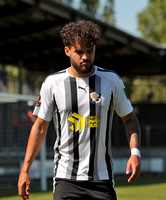 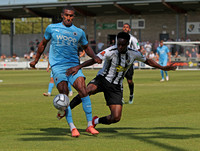