Created 11-Dec-22
61 photos, 1 videos
10 December 2022. A cold but bright sunny afternoon. Pitch covers aided a playable pitch, removed and replaced by a band of volunteers and Groundsman Jay. A 12.30 KO so that both teams could get home in time for the England/France match. A goalless draw. Not the most memorable match. No early Christmas present from Santa and his helpers. Before KO Dartford Co-Chairman Steve Irving and DFC Supporters Association Chairman Mick How presented Bath City Football Chairman Paul Williams with a donation towards the recovery needs of injured player from Bath City recently.

Dartford’s excellent winning run at Bericote Powerhouse Princes Park came to an end, as a well-organised Bath City held them to a goalless draw. With both sides struggling to regain their consistent run of form, it was no surprise that an even first-half failed to ignite any passion amongst the shivering supporters who’d left the warmth of their homes for the 12.30pm kick-off on a freezing cold Saturday.
Dartford debutant Malachi Napa, who had arrived on loan from National League side Wealdstone, looked lively in the first forty-five. The attacking midfielder was able to race down the right-flank and send a dangerous cross across the goal-mouth early, but no Dartford teammate was able to get to the ball. He’d repeat the feat later in the half with a similar result, as the Darts struggled to fire. The closest anyone came to registering a shot on target, was when Charlie Sheringham received the ball after Samir Carruthers and Maxwell Statham combined well, only to fire over Josh Gould’s crossbar in the 36th minute.

The second forty-five began in similar fashion, but Alan Dowson’s Darts did look to press higher up the pitch in order to create something meaningful. They thought they’d opened the scoring in the 57th minute when Charlie Sheringham got on the end of Maxwell Statham’s cross, but the striker’s effort was chalked off for a nudge on the defender’s back during the build-up. 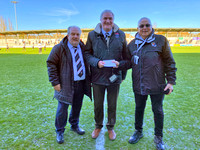 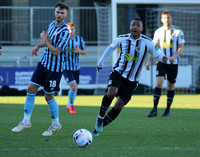 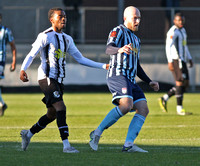 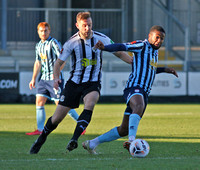 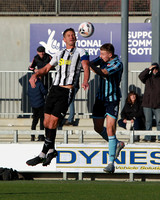 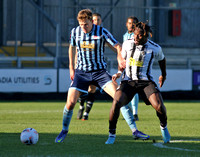 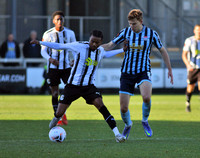 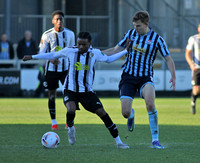 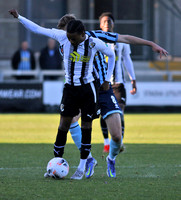 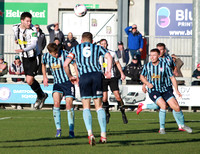