Elliott Romain’s second-half penalty earned Dartford a deserved point at Dulwich in National League South on Saturday. It was the third penalty appeal of the afternoon from Steve King side’s as Romain cancelled out Christian Smith’s free-kick at the start of the second half.

Dartford fielded debutant Tyrique Hyde in their starting line-up, the midfielder joining on loan from Colchester to boost an injury-hit squad while there were also returns for Billy Crook and Jordan Wynter. Josh Hill, skippering the side with Tom Bonner on the bench, collected a sixth-minute booking for a foul on the lively Nyren Clunis. Dartford played the better football, though, their passing game illustrated just five minutes before the break when they created an opening for Romain, whose wayward shot failed to match the approach work. It took Dulwich just three minutes of the second half to go ahead. Crook fouled David Ijaha on the edge of the area and Christian Smith’s free-kick took a slight deflection to beat keeper Smith. 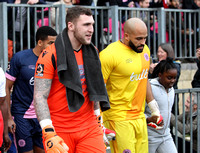 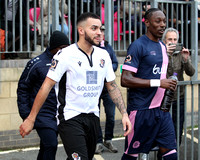 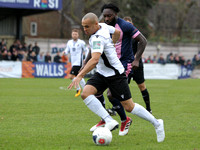 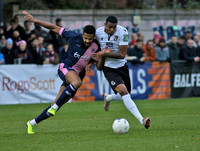