Created 10-Jul-22
106 photos, 1 videos
9 July 2022. Charlton, unsurprisingly, won 1:6 (Dartford - Jayden Stockley OG 41', Charlton - Charlie Kirk 33', Jayden Stockley 53', Miles Leaburn 60', Sean Clare 67', Miles Leaburn 72', Deji Elerewe 87') having already played matches prior to this and fielding effectively 2 separate teams for each half. The hosts refused to lie down after Charlton scored, though, and were level with four minutes of the half remaining. Great work from midfielder Samir Carruthers resulted with him eventually sending a powerful cross into the danger area. The ball ricocheted off of Jayden Stockley, looped up and over goalkeeper Joe Wollacott, before dropping into the back of the net.

Dartford weathered the storm in the first half, but couldn't hold them back in the second half. 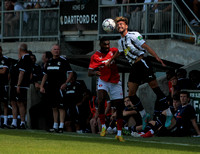 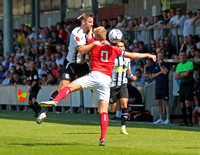 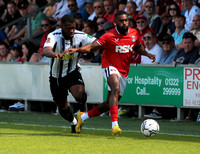 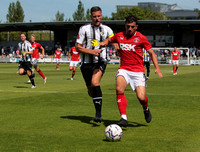