After forcing several corners in a row, the Darts had the Angels on the back foot, and were rewarded for their efforts in the 30th minute. The goal ironically came from another corner, but nobody expected Samir Carruthers’ set-piece to curl straight into the back of the net! Having seen his 26th-minute strike excellently blocked by Scott Wagstaff, nothing was going to stop the midfielder from netting his sixth goal of the season, as the number four put in another Man of The Match performance this afternoon. The goal hit the visitors hard and they just couldn’t seem to get out of their own half, as the Darts continued to seek to extend their advantage. They came close before the break when Charlie Sheringham came close to adding to his tally, only to see his header somehow cleared off the Angels’ goal-line.

Just as the visitors were beginning to find their mojo once again, Dartford struck! And it was a long-awaited goal for Pierre Fonkeu that doubled Dartford’s lead in the 70th minute. A terrific attacking move saw the Tonbridge defence all at sea, enabling Charlie Sheringham to direct a header on target. Goalkeeper Jonathan Henly made the save, but the rebound found the boot of Fonkeu who wasn’t going to miss the opportunity to score his fifth goal of the season.

A seemingly harmless challenge on Jeremy Santos saw the Tonbridge man hit the floor inside the Dartford box, and the referee pointed to the spot. Joseph Turner took on the responsibility, but sent his spot-kick high and wide of Young’s goal (79') to end any hope his side had of a comeback. 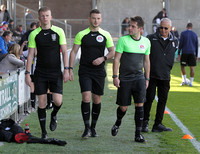 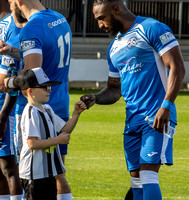 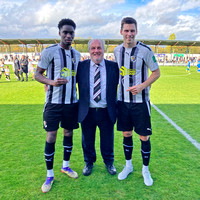 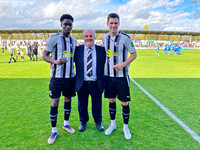 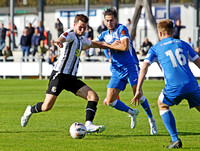 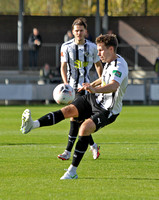 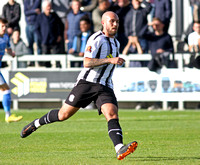 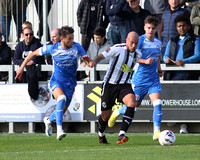