Created 8-Sep-19
57 photos
7 September 2019. First match under caretaker manager Tony Burman with Paul Sawyer, both welcomed back. Result 3:4 win for Dorking. Greenhalgh 23', 27', Sheringham 59' for Dartford. McManus 12', Prior (p) 45', Sole 84, McShane 87'. A crazy six-minute spell saw 10-man Dartford end up empty-handed. A topsy-turvy game saw the Darts lead 2-1 and 3-2 before conceding twice in the last six minutes - and also have Lee Noble sent-off for a late tackle and plenty of yellow cards for both sides. Dorking bench and staff in the box going well over the top and embarrassing themselves. 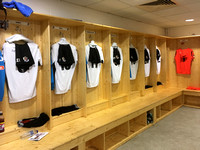 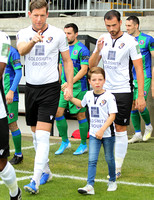 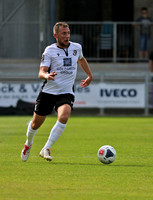 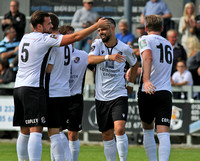