Step forward Weston-super-Mare AFC, currently kicking about in the National League South, the sixth tier of English football. “Never been relegated,” confirms Oli Bliss, the 37-year-old managing director of the club and regular at Woodspring Stadium since he was five. “We were refounded in 1948 and we definitely know we’ve never been relegated since 1948. And we’ve got no record of us being relegated before then. So yeah, I think we’re pretty unique” – in England, at least.
But now one of the proudest records in – let’s go there – all of sport is in dire jeopardy. Weston-super-Mare, aka the Seagulls, have been nailed to the bottom of the National League South for months. There was a small blip of excitement with a cup “run” – ended with a 2-0 defeat by Wrexham in the FA Cup first round proper – but a slump became a crisis and in March they parted ways with their manager, Marc McGregor.
With four games to play – and despite Saturday’s 3-1 win against Dartford – there is an ocean of clear water between the Seagulls and survival. They might not be arithmetically relegated but mentally they must be coming to terms with the fact that their 131-year run is reaching an unceremonious end. Put simply, this season Weston have been far from super, and they are having a mare. 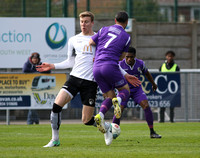 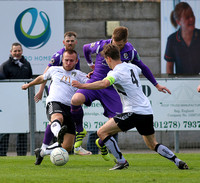