Midfielder Jack Jebb was involved in both goals, as Dartford saw off a determined Chelmsford City, to stretch their unbeaten league run at Bericote Powerhouse Princes Park to an impressive fifteen games.
As 950 supporters prepared for another ninety minutes under the floodlights, us hacks in the press area were almost joined by one of God’s smaller creations, as a wee mouse came scurrying out from the stand to our right and headed towards the Dartford dugout! The little fella was obviously frightened, but was perhaps looking for manager Steve King, who was back in his rightful place after missing the weekend’s game due to having surgery – welcome home Steve King. 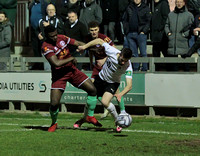 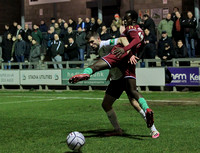 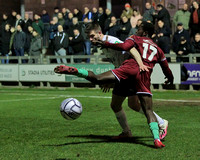 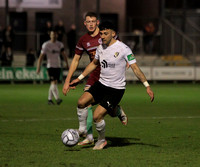 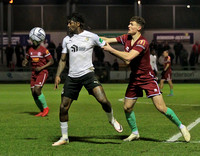