Co-manager Jamie Coyle felt Darford played their best football of the season in Tuesday's defeat to Torquay. The Darts did everything but score in the first half, opening the Gulls up and creating some great chances. But it turned into a frustrating night for Coyle and joint-manager Adam Flanagan as Dartford conceded twice in the last 20 minutes. "They cleared two or three off the line, we’ve hit the outside of the post and we had 14 attempts on target in the first half. "To do that against a side of their quality, a full-time team, there’s loads of positives to take out of that but unfortunately it summarises our season." Said Jamie Coyle. 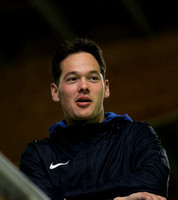 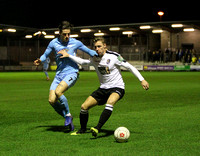 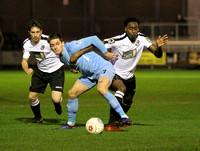