Created 29-Apr-19
109 photos
27 April 2019. Last league match of the season, away at Oxford City on a weekend when Storm Hannah was supposed to wreck havoc. Was a bit windy and cold, but the sun came out and it didn't rain. Sadly, we lost 2:1. Dartford's play-off hopes went up in smoke at Oxford City on the last day of the season. Results elsewhere went their way, with Billericay and St Albans both losing at home to open the door for Darts to snatch seventh place in National League South. But the visitors blew a half-time lead and, had it not been for goalkeeper Louis Wells, would have lost by more at Marsh Lane. It was a strange atmosphere, with very few home supporters inside the ground while the travelling contingent waited nervously on news from elsewhere.


In the end, it was Wealdstone who took the final play-off place, with the Darts left to rue what might have been. 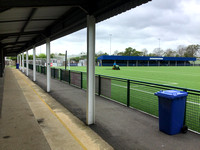 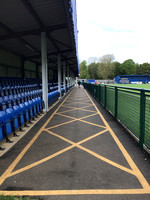 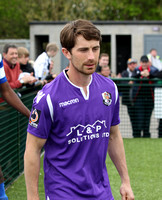