Created 28-Nov-21
137 photos
27 November 2021. 0:0, Dartford win 3-5 on penalties in the Buildbase F A Trophy Second Round Proper at Twerton Park in freezing cold conditions brought about by Storm Arwen.

BATH CITY 0 DARTFORD 0
[Dartford win 5-3 on penalties]
Fresh from claiming victory in the Kent Senior Cup Final on Wednesday night, Dartford played their part in an extremely tight Buildbase FA Trophy Second Round tie, before scoring all five penalties to see off Bath City at Twerton Park.
More than 730 supporters were in attendance to brave the freezing cold and windy conditions in what proved to be a cagey affair, as both sides tried to work out and adapt to the conditions. The Romans looked much more organised than when Dartford visited earlier in the season, and they came close as early as the ninth minute when a dangerous Joe Raynes cross found the foot of Momodou Touray, but Dan Wilks was alert to deal with the danger with an excellent reaction save.
The Dartford number one then started a move which found Ade Azeez sitting deep. He powered forward, before releasing Tyrique Hyde who raced down the right-flank. The midfielder then sent a neat cross into Jake Robinson, who’s header unfortunately looped straight into goalkeeper Ryan Clarke’s arms.
After twenty-three minutes Wilks was on hand again to rush out and prevent Elliott Frear from scoring, after the Roman had found himself free inside the visitors’ box. Then it was the Captain’s turn to put his body on the line, as he received lengthy treatment for a smash in the face. Thankfully, Tom Bonner is as hard as nails and was able to continue after having to change his shirt.
His defensive partner, Connor Essam, came close with a solid header in the 32nd minute, only for the ball to go straight into Clarke’s grateful arms. Five minutes later, the hosts broke forward confidently and Cody Cooke sent in a delightful cross. Alex Fletcher reached it first, but his connection thankfully sent the ball onto the Dartford upright!
With the game becoming a little stretched as half-time loomed, Ade Azeez received the ball inside the City box. Using his skill, he twisted before pulling the trigger with a strong left foot. Unfortunately, the ball ricocheted off of Jack Batten and sailed just wide of the post (40).
The hosts responded with a forward move three minutes later, and the pitch opened up for Joe Raynes. He struck a pyledriver from thirty yards, which smacked off the top of Dan Wilks’ crossbar.
Those last few minutes seemed to be the storm before the calm because, despite looking more committed when going forward during the opening exchanges of the second forty-five, the Darts seemed unable to create any clear-cut opportunities. The hosts, meanwhile, appeared content on soaking up the pressure while seeking to hit on the counter-attack.
Kieran Murtagh did connect well with a smart volley in the 48th minute, but his effort wasn’t going to trouble Ryan Clarke. Besides that effort, there really wasn’t much worth mentioning during what had become a rather scrappy period of the game.
Manager, Steve King, introduced Luke Wanadio for Ronnie Vint (73) and Dan Roberts for Jake Robinson (74) in a bid to ignite the attack, but the visitors’ next opportunity would arrive via a full-back… An urgent attacking move saw the ball sent into the danger area, where Ade Azeez was on hand to head it into Josh Clarke’s path. The defender connected well, but a Roman defender was on hand to block the shot (77).
Dartford certainly finished the game stronger, as they had their hosts pinned back in their own half while searching for the winning goal. Steve King’s men came close with eight minutes remaining when Luke Wanadio’s dangerous cross caused mayhem in Bath’s box. Azeez controlled it well before clipping the ball into the path of Tyrique Hyde. The in-form midfielder hit it first time, but the ball ricocheted back off the post!
The initial creator, Luke Wanadio, then almost became the match winner. However, his wonderful 86th minute strike forced Clarke into a superb save to send the tie into a penalty shootout. There was, however, time for an opportunity at the other end when Tom Smith’s deep cross hit the underside of Dan Wilks’ crossbar. Despite the Romans’ claims, referee Mr Andrew Humphries was adamant that the ball had not crossed the line. And, so to penalties the tie went…
Ade Azeez, Cody Cooke, and Kieran Murtagh all put their spot-kicks away, before Dan Wilks saved Alex Fletcher’s effort… Advantage Dartford. Dan Roberts, Eddie Jones, Noor Husin, and Elliott Frear all scored, before Tyrique Hyde dispatched his to send the Darts through with a perfect five spot-kicks out of five.
Dartford now go into the hat for the next round after a frustrating, yet ultimately rewarding game in the Buildbase FA Trophy.
TEAMS
BATH CITY: Ryan Clarke ©, Joe Raynes, Zak Delaney, Jack Batten, Callum Wood, Alex Fletcher, Cody Cooke, Elliott Frear, Eddie Jones, Jordan Dyer, Momodou Touray.
SUBSTITUTES: Omar Holness, Tom Smith, Will Fuller, Tom Mehew, Lloyd James.
DARTFORD: Dan Wilks, Josh Clarke, Jernade Meade, Ronnie Vint, Connor Essam, Tom Bonner ©, Noor Husin, Kieran Murtagh, Jake Robinson, Tyrique Hyde, Ade Azeez.
SUBSTITUTES: George Porter, Dan Roberts, Danny Leonard, D’Sean Theobalds, Luke Wanadio.
By Chris Palmer 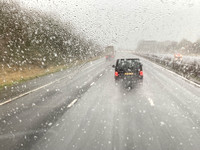 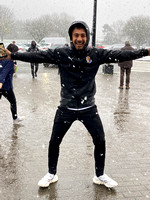 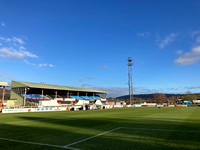 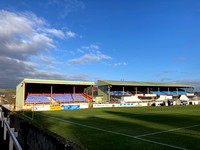 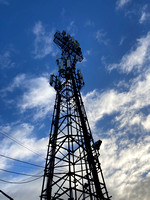 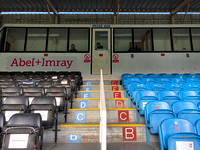 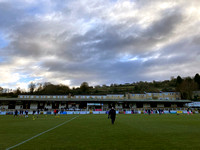 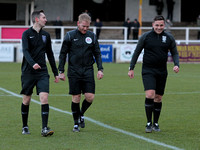 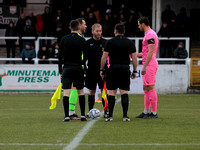 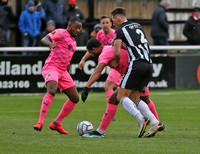 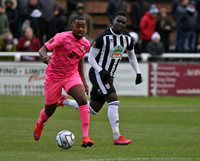 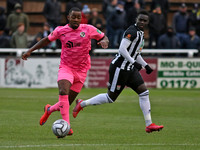 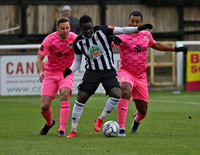