A combination of youth and experience earned Dartford the victory, as Marvin Herschel and Alex Wall both scored to condemn struggling Hungerford Town to another defeat in the National League South. This was the only fixture in the league this afternoon, as others were involved in FA Cup duties. It wasn’t the prettiest of matches to watch. However, it doesn’t always matter how you win… sometimes you just have to win ugly.

After eighteen minutes, the game appeared to spark into life, with efforts at both ends. First up were the visitors, who worked the ball well in the midfield via the combination of the lively Ben Allen and Jake Evans. The latter found George Smith, who struck an ambitious effort from distance, which flew high and wide of Joe Young’s goal. Two minutes later saw the hosts punish the Crusaders after an error gifted them an opening. A seemingly harmless long ball caught out the defence… yet still looked to be under control… that was until Crowther came rushing out off his line. Almost colliding with his teammate, the goalkeeper then lost out to Marvin Herschel who was gifted with an open goal. The Dartford youngster couldn’t miss, and will probably never score an easier goal in his career.

A possible Crusader attack was halted by the ever-reliable Tom Bonner, as the captain stopped Niko Muir in his tracks after 27 minutes. During the tangle, the Hungerford man decided to deliberately pin the Dartford Skipper to the ground and, yet, it was the latter who ironically received the yellow card.

In the second half Alan Dowson used all of his available substitutions. Unfortunately the first one was enforced. Having returned from injury today, the unfortunate Luke Coulson pulled up once again and, unable to continue, had to leave the field for Pierre Fonkeu (63). Also to come on were Keiran Murtagh for Jack Smith (71) and Alex Wall for Marvin Herschel (80). There was another strange moment when Hungerford's goalkeeper was holding the ball outside of the field of play, but it made no never mind to the referee (pics 94, 95).

The versatile Jordan Wynter earned himself his first ever Man of The Match award for the Darts, as he helped his teammates prevent Hungerford from creating anything meaningful to ensure that the clean sheet was also secure. The result sees Dartford climb up to third place and puts them right in the mix for the play-off positions in the National League League South table. 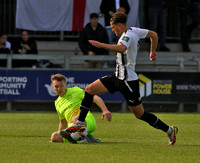 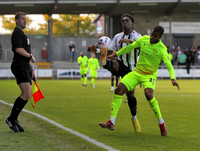 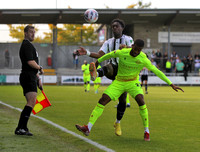 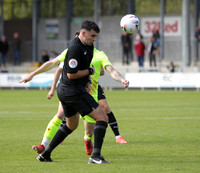 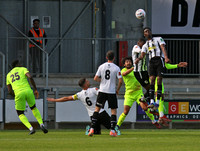 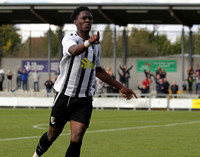 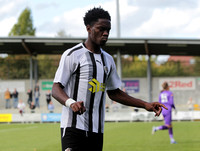 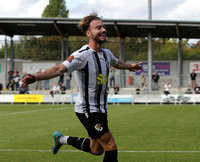 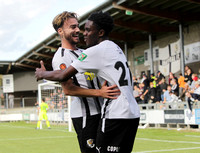