Dartford were knocked out of the FA Trophy in dramatic fashion on Tuesday night. The visitors were cruising to victory in the third qualifying round replay thanks to Dean Cox's brace. But Dartford pulled one back in the 89th minute through substitute Andre Coker before academy graduate Taylor Fisher netted a 92nd-minute equaliser. There was still time, however, for former Darts defender Tom Gardiner to power home the winner in the fifth minute of stoppage time for Eastbourne and set up a home tie with Dorchester in the first round. It was a grandstand finish that never looked on the cards after Eastbourne ran rings around Dartford throughout the first half.

Rollinson nearly added a third when Elliot Bradbrook was sold short at the back but Vose was out to make another smart save.
Coker's low drive in the final minute gave Darts some hope before Fisher slotted home the equaliser - only for Gardiner to be left unmarked from a corner to head in the winner. 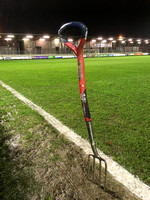 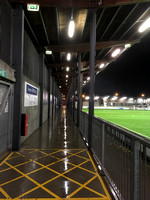 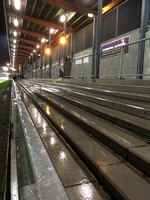 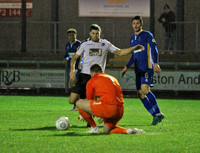