Kory Roberts had a first half to forget. Welling went ahead inside three minutes when the on-loan defender was caught out by Kristian Campbell who unselfishly squared for Dipo Akinyemi to tap into an empty net. Roberts nearly gifted Welling a two-goal advantage when he gave a short back pass to keeper Dan Wilks on 16 minutes but the former Wings stopper just managed to get there ahead of Mason Saunders-Henry. The visitors were made to pay when Dartford levelled within a minute. One ball over the top caught the Wings defence square and Marcus Dinanga lobbed keeper Jack Sims to score his first goal for the club. Roberts was again at fault when Welling won a penalty to retake the lead. Giving the ball away to Akinyemi, the ball was then worked wide for Aaron Barnes who was fouled in the box by Kai Innocent. Akinyemi stepped up to send Wilks the wrong way from the spot.

As with Dartford’s first equaliser, Welling again missed a chance to go two goals ahead. Campbell’s shot was blocked at one end and Darts replied as Innocent’s cross into the box found Danny Leonard at the far post to turn it home. Dartford were grateful to get in level at the break, Wilks ensuring parity with a fine save to deny Olu Durajaiye just before the break. The start of the second half saw neither team show much attacking quality, with Welling more than holding their own against a side who started the day third in the table. Campbell curled a left-foot free-kick inches past the upright before Darts responded with Keiran Murtagh and Jack Jebb both unable to hit the target.

Darts went ahead for the first time with 16 minutes left, and there was only ever one winner after that point. A ball into the area was only half cleared and Luke Allen reacted quickest to hit a first-time left-foot shot from distance, going in via the upright. 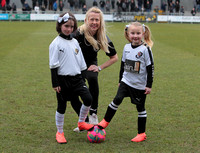 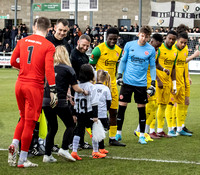 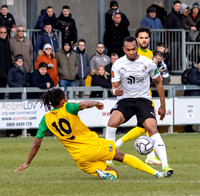 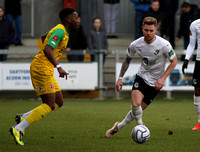 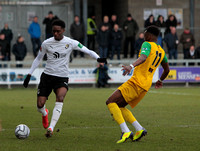 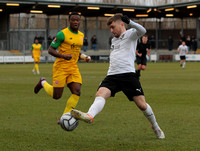