Last season the same home fixture resulted in a 7:1 win for Dartford. Joint manager Adam Flanagan commented: “We’ve only lost once at home this season and we need to keep our home record good if we want to challenge in the right part of the league”. The one thing the Darts did not want a repeat of is the recent defeats to Oxford City and Truro City, in which they capitulated by conceding goals in quick succession. At least the Hoops will not be able to call on former top scorer Matthew Patterson who moved to Welling United, having scored six times in the league for the Hoops. However, Dartford will be fully aware of Oxford City’s current leading scorer Tshimanga, who has netted five in the National South this season. However, he did not feature in the score-makers.

It almost unravelled for Oxford when Craig King came up for a corner in stoppage-time but Dartford cleared their lines and the goalkeeper who had sprinted up the field to join in the fray but was was stranded upfield, and Ryan Hayes took his chance raced down field but hit the post with a shot from all of 50 yards. 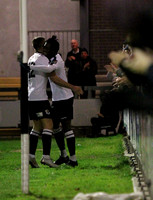 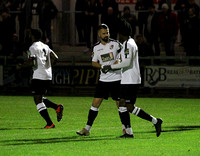 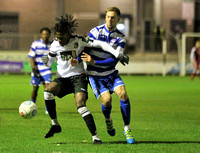