Created 27-Oct-19
86 photos
26 October 2019. Charlie Sheringham receives his 50-Goal trophy from Co-Chairman Steve Irving. Dartford equalise to even the score to 1:1 on a wet and dull afternoon at Princes Park. New squad member Elliot Romain played in his first game. A late challenge from Kieran Parselle on Luke Wanadio sees Chippenham Town down to ten after he receives his second yellow on 83'. Josh Hill scores on 87'

Manager Steve King said later in a press interview "I was little bit upset about (their goal) because it wasn't a free-kick on the far side, the referee even said it wasn't so why did he give it? He told me and their manager Mark (Collier) that it wasn't a free-kick, we've both looked at each other and laughed like 'how have you given it?' and then they've scored from it which is very frustrating. You work all week and then there's a poor decision." Truly baffling. 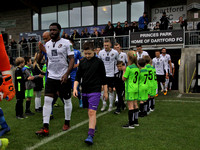 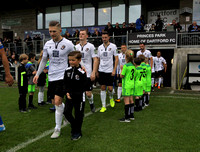 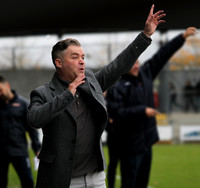 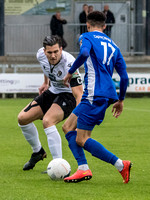