Darts led just before half-time a clinical touch in front of goal and McQueen provided it three minutes before half-time. with a deep cross by Ryan Hayes nodded back across goal by Hill and McQueen produced a classy finish. Then scored a second with virtually the last kick of the match. Excellent closing down by the ever-willing Allen saw the ball fall kindly for Sheringham and he then turned in Allen, who curled a delightful right-foot shot into the far corner. 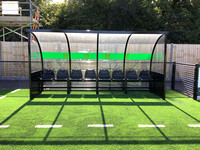 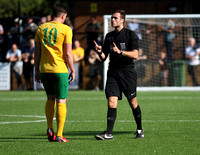