The Darts were denied a possible penalty shout after Carruthers was floored inside the Hawks’ box. Undeterred, they continued to gain momentum and forced a corner a few minutes later. With the Havant defence thinking they’d cleared the danger, Luke Coulson had other ideas… He collected the ball and delivered a delicious cross towards Davide Rodari, who headed home his first goal in Dartford colours (27).

The second forty-five saw tempers begin to flare, as the visitors began throwing themselves at the ball in an overly aggressive manner. And, sure enough the inevitable occurred in the 54th minute. Rodari and Carruthers combined well to release Coulson, but Billy Clifford had other ideas. Lunging dangerously at Coulson, he took out the Dartford number seven, which subsequently sparked anger from both sets of players. In fact, the only personnel missing were the two goalkeepers! Referee Kirsty Dowle eventually regained control of everyone, and Clifford received a deserved yellow card. 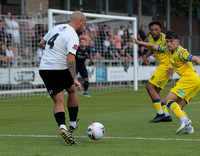 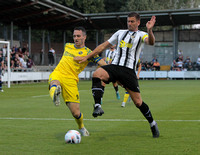 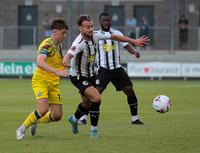 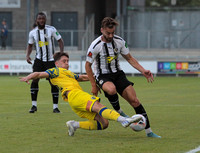 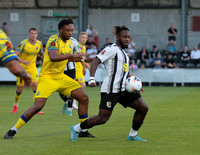 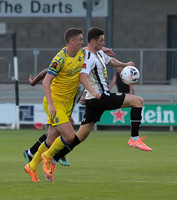