Dartford’s final game of the regular season at Bericote Powerhouse Princes Park saw them fall to a narrow defeat, as Braintree Town scored a late winner in front of 1,423 supporters. The Darts started reasonably well, but a high-pressing Braintree side were hellbent on preventing the Darts’ passing game from gaining a firm foothold on proceedings. When a pass was intercepted, The Iron took advantage of their own swift counter-attacking tactics. The visitors’ system worked perfectly in frustrating the Darts, and they could have taken the lead as early as the sixth minute. Only the alertness of Luke Allen and his excellent block prevented Braintree from registering a shot on Reice Charles-Cook’s goal.

With the game heading into its closing stages, Braintree captain, Matthew Johnson, somehow got beyond Kristian Campbell on the right-flank and swung a high cross into the box. The ball fell straight towards Lodovika (who’d only come on two minutes previously), and he wasted no time in heading it downwards and into the back of the net (86). The goal left the Darts with little time to respond, and so Tom Bonner and Co fell to a second league defeat of the season at Bericote Powerhouse Princes Park. The captain was given a deserved Man of The Match award at the final whistle. However, he will be picking his players up afterwards and encouraging them to go again at the weekend.

After the match ended, the presentation of end-of-season awards took place on the pitch as this was the final home match of the League season. It was a partial presentation of three awards: Dan Wilks was a well-deserved winner of the John Stevens Supporters Player of the Year and the Ernie Morgan Grassbanks Trophy. Kory Roberts was voted the Presidents' Player of the Season. Other presentations will be made at a later date to be arranged. 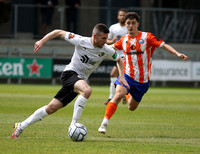 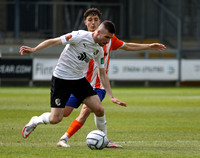 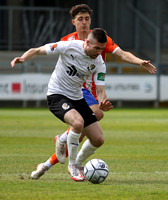 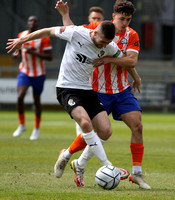 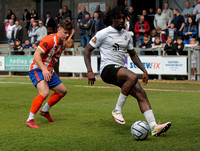 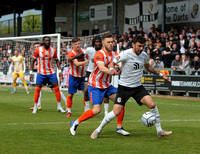 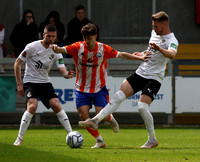 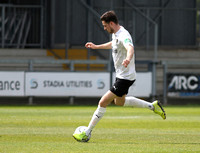