Steve King’s pep-talk with Darren McQueen paid off as the Dartford substitute grabbed a late equaliser against Maidstone. McQueen was left out of the starting XI but King explained the reasons and told him he could still have an impact on the game. His words came to fruition with the speedy striker scoring an 89th-minute leveller as the hosts came from two down to draw.
“The keeper’s made a great save from the first shot and Darren’s jumped up for the rebound and put it under his body and we deserved that for our endeavour. “Subs play an important role. If you’re out of it, you can still be in it and be the hero. “Some people don’t buy into that but you’ve got to let your players know, you’re not in the team because of this but you can still come on.” Tom Bonner launched Dartford’s fightback by finishing a corner in the 86th minute and Maidstone were rocking after McQueen made it 2-2. 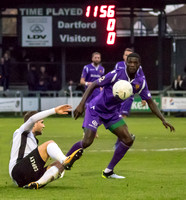 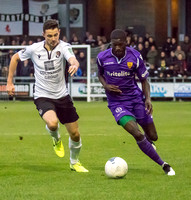 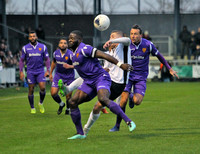