Elliot Bradbrook was missing from todays squad. Charlie Sheringham, so well known at Dartford, is now joining Hemel Hempstead. This is after in November 2017 when he decided to make the bold move to join Saif Sporting Club, based in Dhaka. Charlie left Ebbsfleet, went on loan to Hemel and then in a crisis of career looking at coaching, went to Bangladesh to play in their Premier League. He wasn't available to play this match because of signing technicalities.

Another interesting factoid - Hemel's Hershez Sanchez-Watt has the unusual claim to fame of being sent off in a match against East Thurrock in March 2018 when Referee Dean Hulme asked Sanchez Watt for his name as he was about to be booked in a National League South game. The former Arsenal 27-year-old repeatedly replied: "Watt" but Hulme believed he was saying "what?" and sent him off for dissent. You couldn't make it up "Your name?" "Watt." "What?" "Watt!" Hulme rescinded the card when it was explained Watt was not showing dissent. 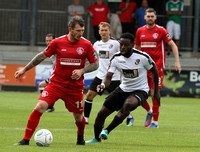 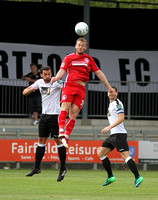 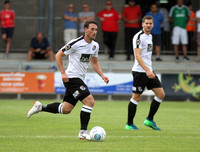 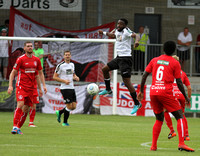