A late equaliser by Canice Carroll ensured that the points were shared at the RAW Charging Stadium, after Tom Bonner had given Dartford a first-half lead.
A tight opening to the game was soon followed by the first real opportunity on goal after nine minutes, which was created by the hosts. Zac McEachran and Klaidi Lolos combined well, but the latter sent his strike wide of the Dartford upright. The Darts retaliated and were awarded a free-kick, but unfortunately Samir Carruthers couldn’t find a teammate with the set-piece (10). As the visitors began probing in attacking areas, Oxford caught them with a counter-attack down their right-flank via the lively Aaron Williams-Bushell. He sent an inviting cross towards Lewis Coyle inside the Dartford box, but the latter failed to test goalkeeper Archie Mair, who was making his debut after joining on loan from Norwich City (14). Five minutes later saw the hosts attack in numbers inside the Dartford box, whereby only the superb block by Connor Essam kept the hosts out. Yet, for all their early efforts, the hosts soon found themselves behind… A Dartford attack on their right-side was rewarded with a free-kick after a late challenge occurred following a throw-in. Samir Carruthers sent a wonderful set-piece into the box and Tom Bonner, who’d ironically remained in the opposition’s box from the aforementioned throw, got on the end of it to send a delightful header into the back of the net. Not only did the Darts now have the lead after 26 minutes, but the goal was the Captain’s first of the season. Oxford responded by pushing forward, so much so that Carruthers almost made them pay when he tried a cheeky lob after 32 minutes. However, goalkeeper Ben Dudzinski managed to get back in time to collect the ball.

The second forty-five began in similar fashion to the first, before the Darts created an excellent opportunity to extend their lead. It came in the 54th minute via Connor Essam, only for his goal-bound effort get desperately cleared off the line by Lewis Coyle! The hosts became more assertive in attack after the hour and were unlucky to not have equalised in the 61st minute… Josh Ashby smacking the upright after a good attacking move. Dartford boss, Alan Dowson, responded by making his first substitution in the 63rd minute by replacing the excellent Samir Carruthers with Luke Coulson. His other changes would include Kristian Campbell on for Charlie Sheringham (75) and Marvin Herschel for Davide Rodari (89). Despite the hosts being behind, it wasn’t all one way traffic as far as they were concerned. For the Darts created a few opportunities themselves. First came Coulson, who’d received the ball from Sheringham, only for Dudzinski to make the save (72). Kristian Campbell came close as he tried to curl an effort into the back of the net from the edge of the box, only for Dudzinski to collect it routinely (79). As for Oxford, well, they pushed forward in numbers the longer the game went on. Captain Reece Fleet rattled the post with a long-range thunderbolt (68), before Klaidi Lolos saw his close-range effort excellently cleared off the line by Maxwell Statham (84). Just two minutes later saw the hosts rewarded for their efforts after a late cross into the Dartford box was met by the boot of Canice Carroll, who managed to equalise from a crowded area (86). Oxford could have nicked all three points two minutes into stoppage time at the end of the ninety. Reece Fleet was the culprit from distance once again, only for Archie Mair to pull off an excellent save to ensure Dartford a share of the spoils on a cold night in Oxford. 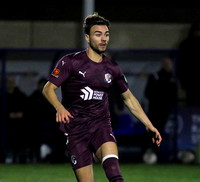 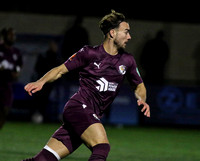 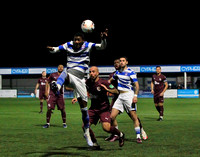 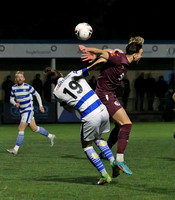 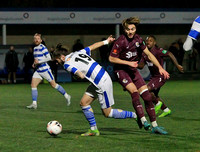 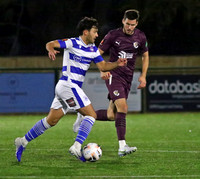 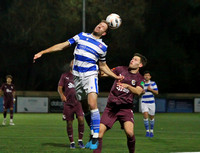 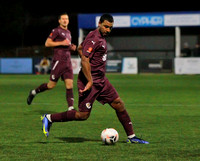