Dartford's Under 10s waved the flags as the teams came onto the pitch. A bumper crowd of 3,386 supporters witnessed another superb performance from The Darts as they smashed four goals past Dennis Kutrieb’s side for the second time within a week. Unlike the Boxing Day clash, though, goalkeeper Dan Wilks kept the visitors out as he kept a clean sheet on just his second start since returning from injury.

Alan Dowson’s side were quick out of the blocks once again, only this time Mark Cousins looked to be in fine form between the Ebbsfleet sticks during the opening exchanges. First, he palmed away a Samir Carruthers free-kick in the sixth minute, before he somehow kept out Kristian Campbell’s close range effort during a goalmouth scramble following a Luke Coulson corner (9). The visitors responded to that early pressure by creating their first corner of the game in the 11th minute after Luke O’Neill’s cross was deflected behind. Rakish Bingham was on hand to get on the end of Craig Tanner’s set-piece, only for Dan Wilks thwart him with a solid save (12). The visitors were forced into an early change with Gregory Cundle replacing Joseph Martin after 22 minutes, but it didn’t make much difference as they continued to struggle with the pace of Luke Coulson and Malachi Napa. And, it was the latter who proved to be instrumental in the opening goal… Alex Wall was fouled deep inside the Ebbsfleet half of the pitch, and Carruthers’s free-kick eventually found Napa, who’s pass ricocheted through and into the path of Wall. Deep inside the box, the Dartford number nine then slotted the ball confidently past Cousins from a tight angle to net his fourth goal in three games (29).

Dennis Kutrieb would be the first to react again by throwing on Omari Sterling-James for Luke O’Neill after 64 minutes, as they continued to chase the game. His final change came in the 75th minute, when ex-Dart Darren McQueen came on for Craig Tanner. However, the latter was to play a big part in the next goal of the game…
Under pressure, Tanner lost the ball in the midfield as the Darts counter-attacked. Luke Coulson collected the ball, ran through on goal, before threading the ball out to Malachi Napa on the right-flank. And, Napa fired the ball beyond Mark Cousins to double Dartford’s advantage and open his account in style (74).
Rewinding back five minutes, Charlie Sheringham was the first of Alan Dowson’s substitutions, as he replaced Alex Wall (69). And, Dartford’s remaining changes included Malachi Napa being replaced by Pierre Fonkeu (86) and Keiran Murtagh coming on for Samir Carruthers (90).
As we return to the action, Rakish Bingham came close as his side chased the game. However, he dragged his 77th minute effort wide of Wilks’ upright before the hosts put the game out of reach.
Luke Coulson’s excellent free-kick from the left side of the pitch was smashed into the back of the net by substitute Charlie Sheringham’s powerful header at Cousins’ far post (82), before Connor Essam got on the end of another Coulson free-kick with a delightful effort deep in stoppage time to seal the win in style.
In a game where the Darts were irresistibly deadly in front of goal, Malachi Napa was awarded with a deserved Man of The Match, as he helped his side stretch their lead to five points at the top of the National League South table, as their rivals slipped to third. Happy New Year Indeed!
TEAMS
DARTFORD: Dan Wilks, Jordan Wynter, Kristian Campbell, Samir Carruthers, Connor Essam, Tom Bonner (c), Luke Coulson, Alex Wall, Maxwell Statham, Jack Smith, Malachi Napa.
SUBSTITUTES: Luke Allen, Keiran Murtagh, Davide Rodari, Pierre Fonkeu, Charlie Sheringham.
EBBSFLEET UNITED: Mark Cousins, Luke O’Neill, Joseph Martin, Sido Jombati, Rakish Bingham, Craig Tanner, Dominic Poleon, Toby Edser, Chris Solly, Alex Finney, Haydn Hollis.
SUBSTITUTES: Omari Sterling-James, Christian N’Guessan, Darren McQueen, Gregory Cundle, Shaquile Coulthirst. 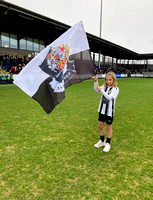 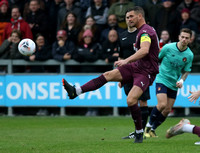 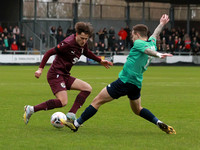 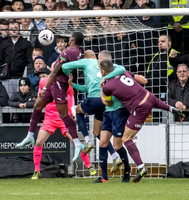 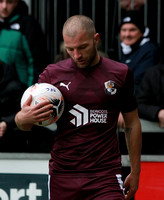