Concord Rangers are "The Beach Boys", and the pitch rather resembled a sandy beach with grass on top. A 1G pitch with the only 3G in the dug-outs, but strangely 3G-type wheelie Goals and no markings as to where exactly they should be positioned.

Inauspiciously our extra-large double decker coach had trouble negotiating the small turnings and silly roundabouts on Canvey Island, and got grounded on the less-than-perfect potholed access to the club's car park and got stuck until a big tow truck came and freed it. However, that didn't affect the team and the crowd and a great result, with Ryan Hayes making sure he let them know he was playing for Dartford now, and not Concord as a the start of last season.

Concord Rangers is located between a crowded caravan side on one side, a Calor Gas plant on the other, a sewerage treatment plant at the far end. Mercifully the smells from that were kept at bay. The dugouts were made of clear perspex, peppered with holes from damage, and appeared more like greenhouses for those on the bench! The pitch seemed very dry and sandy, raised in the middle which gave the impression that players on the far side had sunk into it. 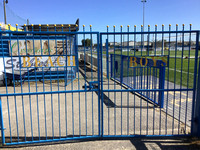 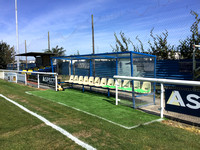 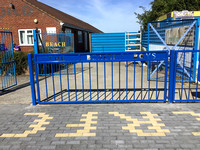 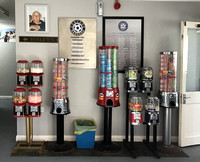 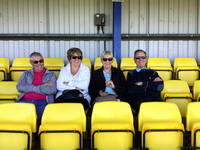 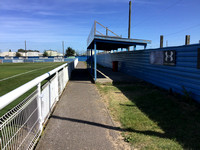 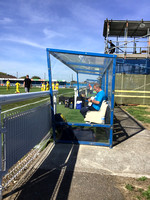 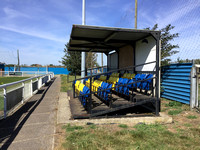