The Cards were flattened and recycled.

"I'm absolutely over the moon," said joint-manager Coyle after the match. "To play (the team) top of the league and for our keeper not to be bothered apart from one save is testament to the whole team and how well we defended collectively. We could have had one or two more goals on the counter-attack at the end of the game as well. The boys have worked really hard, they've put a real good shift in and I thought we thoroughly deserved the win. I'm going home really happy. Not only have we comfortably beaten top of the league but they haven't looked like they were going to score a goal for 90 minutes. We defended really well and it wasn't just the back five, it was the whole team. Out of possession, we had brilliant shape, it was hard to break down and we frustrated them - especially in the first half when they were just playing long balls going straight through to Bailey. I thought the structure of the team was great." Everyone in a white shirt played well but Coyle reserved special praise for Tom Bonner and Ronnie Vint. "The two centre-halves were colossal," he said. "I don't think they lost a header. 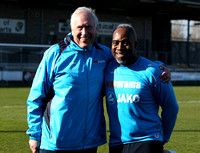 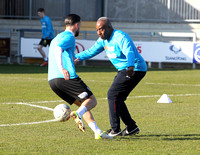 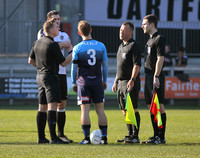 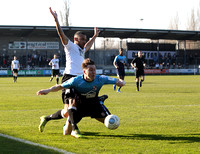