There is a sculpture of the Dorking chicken on the Deepdene roundabout which we passed. This was installed in 2007 to recognise that the Dorking chicken is among the oldest British chicken breeds.
Nick Arnold joins the Darts with a debut appearance today as Liam Gordon has returned to his home club after a loan period. Sanchez Ming had a disagreement with an overhead monitor on the coach and needed some first aid!

Whoever did the Dorking programme decided that Dartford FC's nickname is "The Tunnellers" - good grief! May be "The Jammed" might be better, but I think "The Darts" is still the best.

Reported on 9 January that Dorking have paid "an undisclosed sum" as a ransfer fee for striker Jack Barham following a loan spell. 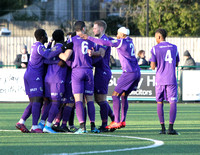 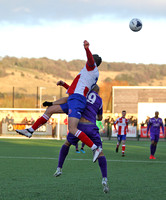 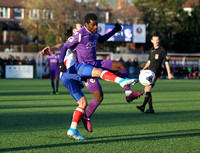 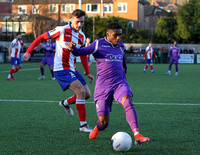