Dartford exploded out of the blocks and were awarded an early penalty, after Jake Robinson was fouled inside the Oxford City box. Marcus Dinanga stepped up to send his penalty into the top-right of Ben Dudzinski’s goal and give Steve King’s side the lead (3). However, from then on, the hosts appeared to gain control of the ball more often, as they set about pulling themselves level. And their first real opportunity arrived in the nineteenth minute when Joe Iaciofano slipped through the Dartford defence. With the lively striker through on goal, goalkeeper Reice Charles-Cook, who was deputising for the injured Dan Wilks, rushed out to prevent the Oxford player from getting a shot off. The 27-year old Grenada International was having a solid debut, but there was nothing he could do to prevent Iaciofano from levelling the score in the 23rd minute. The goal came after Zac McEachran and Josh Ashby combined well, with the latter feeding the ball towards the goalscorer.

The Darts were the first to make changes in personnel in the second half, as both Ody Alfa and Kalvin Kalala replaced Jake Robinson and Danny Leonard after 57 minutes. Steve King’s final substitution would take place after 82 minutes, when Ade Azeez came on for Samir Carruthers. The host’s substitutions took place on 63 minutes (Hamzad Kargbo on for Jacob Bancroft), 82 minutes (Lewis Coyle on for Zac McEachran), and 89 minutes (Elliott Benyon on for Joe Iaciofano). Before his substitution, Iaciofano was at the centre of attention once again in the 78th minute when he went down inside the Dartford box. The referee Mr Ross Martin wasn’t fooled though, and booked the striker for simulation. The hosts did come close again with nine minutes remaining, but George Harmon fired into the side-netting instead.
Match report by Chris Palmer 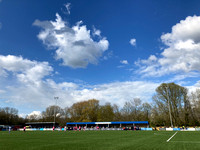 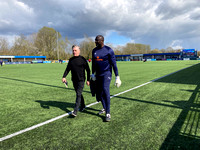 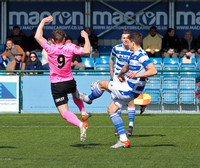 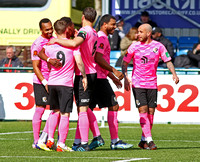